Prof. Allen has written extensively on the themes of justice, citizenship, and political equality. Her work includes Our Declaration: A Reading of the Declaration of Independence in Defense of Equality (2014) and Talking to Strangers: Anxieties of Citizenship Since Brown v. Board of Education (2004). She directs The Democratic Knowledge Project at the Institute for Advanced Study, where she leads four research projects with social ambitions—such as increasing high school voter turnout and guiding the production of media platforms that can better support youth civic and political engagement.

In her role as Democracy Fellow, Professor Allen gave a public talk (video available here) and led a three-part seminar series for young scholars in the social sciences. The theme of her residency was “Political Equality.”

Charles Taylor’s works, such as A Secular Age (2007), Sources of the Self (1989), and Multiculturalism: Examining the Politics of Recognition (1994) have transformed conceptual categories in the humanities and social sciences. Throughout his career, Taylor has exemplified the crucial civic role played by scholars, from the 1960s when Taylor ran several times for the Canadian House of Commons, to his key counsel for constitutional negotiations in Canada and around the world.

Professor Taylor’s residency included two public events, “Ways Democracy Can Slip Away” and “Democratic Exclusion: A Think-In in Three Acts.” He also led a seminar, entitled “Some Crises of Democracy,” for local PhD candidates in the social sciences.

In 2015, the program welcomed Pierre Rosanvallon, Professor and Chair of Modern and Contemporary History of Politics at the Collège de France, as our inaugural Democracy Fellow.

Prof. Rosanvallon is Director of Studies at École des Hautes Études en Sciences Sociales (School of Advanced Studies in the Social Sciences) in Paris, and the founder of two vibrant and prestigious intellectual fora, La République des Idées (in print) and La Vie des Idées.fr (online). His work is devoted to the history of the French political model and the historical and theoretical study of changes in contemporary democracy.

‘Ways Democracy Can Slip Away,’ a talk by Charles Taylor 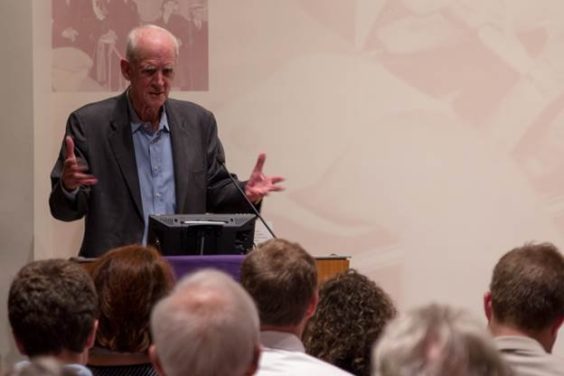 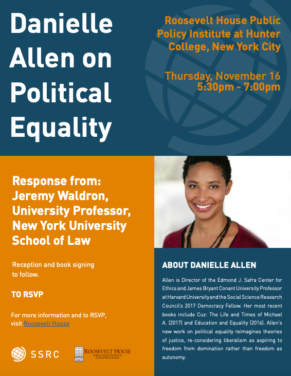