“Bureaucratic Approaches to Building and Energy Use in Japan and the United States” by Dana Buntrock (2013 Abe fellow), University of California, Berkeley  (Abe Global | Stanford)

An initiative of the Abe Fellowship Program, the Abe Fellows Global Forum (Abe Global) is designed to bring Abe Fellow research and expertise on pressing issues of global concern to broader audiences. Abe Global will host several events each year in partnership with academic and civic organizations throughout the United States. 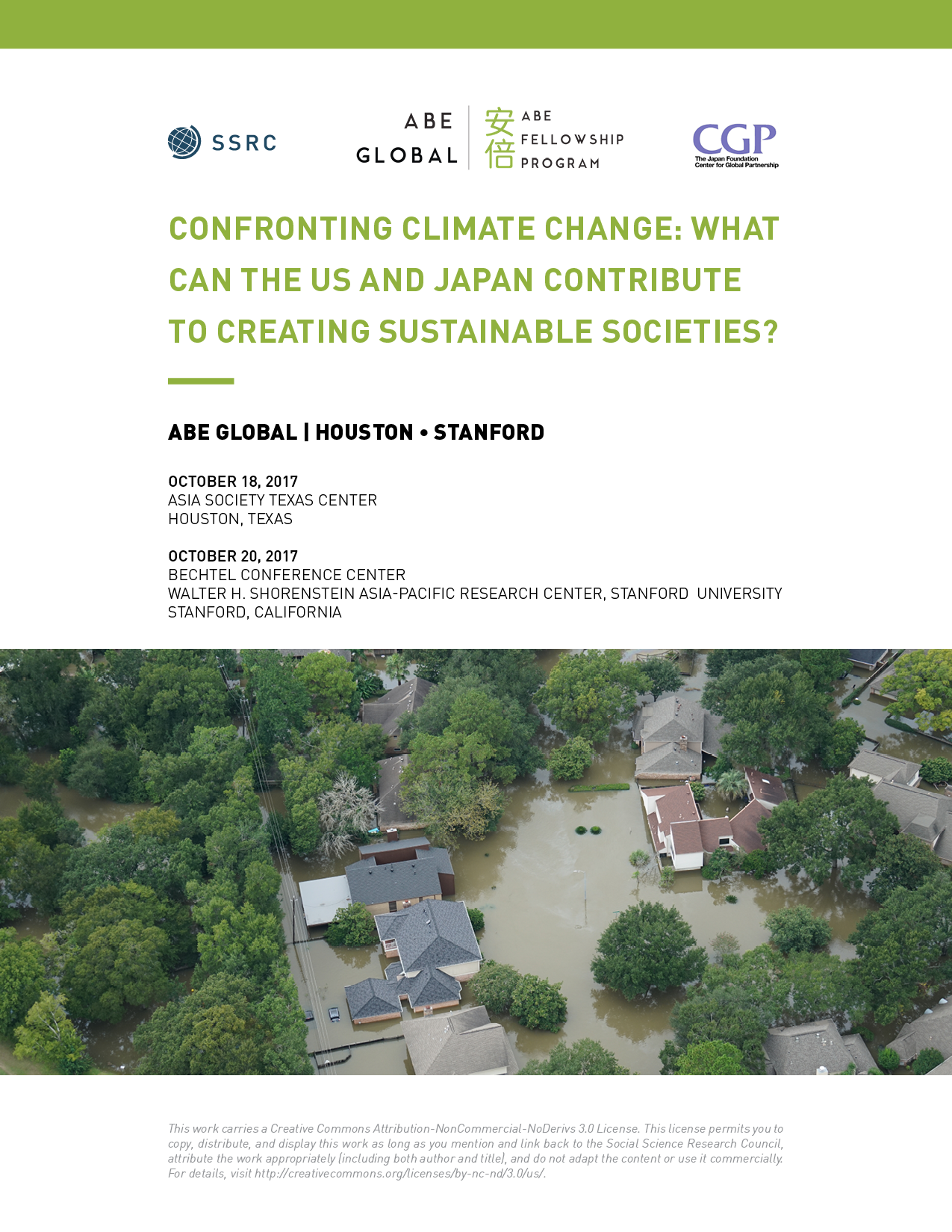