Skip to content
Report
Drug Courts in the Americas

Drug courts are not an alternative to incarceration:

Drug courts may increase the number of people under supervision of the criminal justice system in the following ways:

Drug courts are not a rights-based health intervention:

A few of this report’s main findings about drug treatment courts in Latin America are as follows:

A few of this report’s main findings about drug treatment courts in the English-speaking Caribbean are as follows: 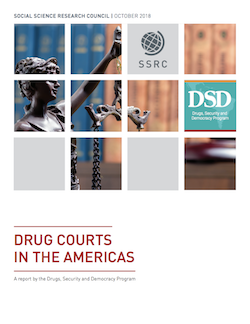