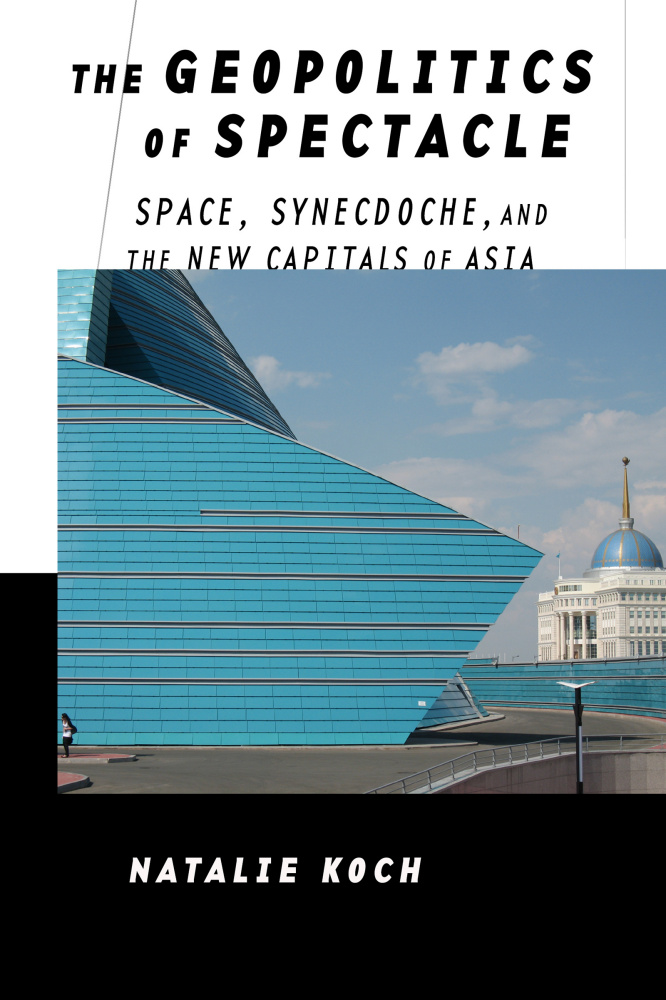 Why do autocrats build spectacular new capital cities? In The Geopolitics of Spectacle, Natalie Koch considers how autocratic rulers use "spectacular" projects to shape state-society relations, but rather than focus on the standard approach—on the project itself—she considers the unspectacular "others." The contrasting views of those from the poorest regions toward these new national capitals help her develop a geographic approach to spectacle.

Koch uses Astana in Kazakhstan to exemplify her argument, comparing that spectacular city with others from resource-rich, nondemocratic nations in central Asia, the Arabian Peninsula, and Southeast Asia. The Geopolitics of Spectacledraws new political-geographic lessons and shows that these spectacles can be understood only from multiple viewpoints, sites, and temporalities. Koch explicitly theorizes spectacle geographically and in so doing extends the analysis of governmentality into new empirical and theoretical terrain.

With cases ranging from Azerbaijan to Qatar and Myanmar, and an intriguing account of reactions to the new capital of Astana from the poverty-stricken Aral Sea region of Kazakhstan, Koch’s book provides food for thought for readers in human geography, anthropology, sociology, urban studies, political science, international affairs, and post-Soviet and central Asian studies.